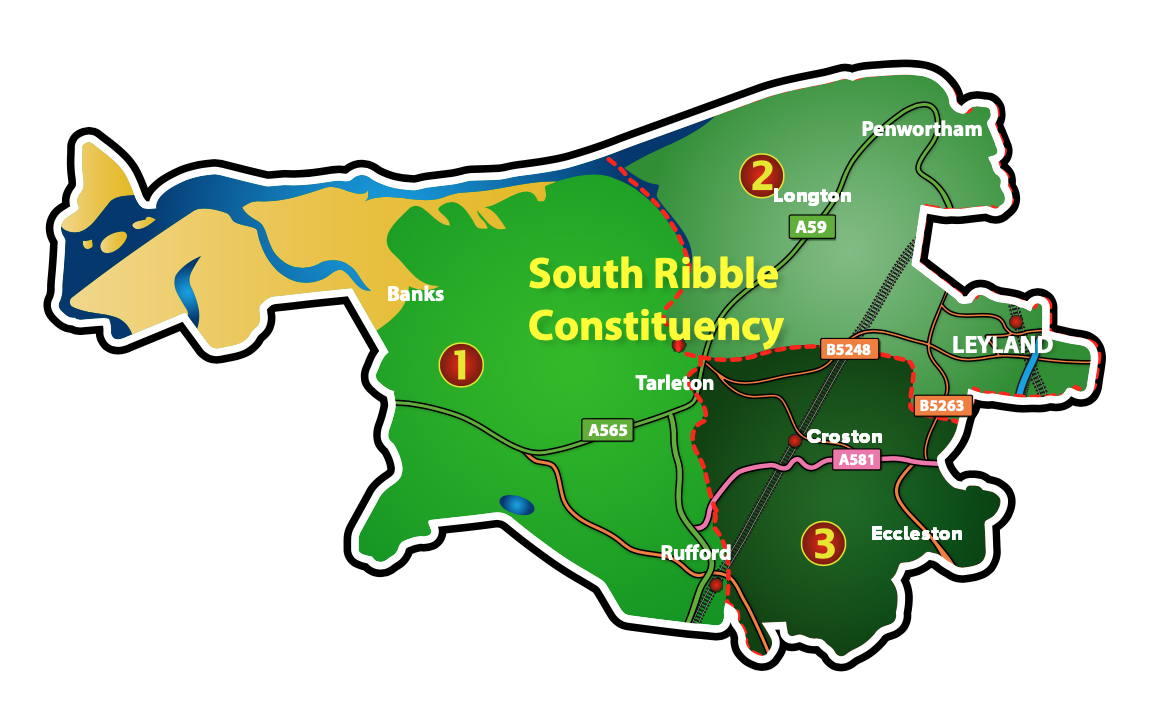 It is important to understand that South Ribble Constituency, and therefore our Conservative Association, doesn't just cover wards in South Ribble Borough alone.

Instead it branches out into areas that fall under the governance of other local councils including Chorley and West Lancashire.

The wards of Lostock (covering Croston, Bretherton and Ulnes Walton) and Eccleston and Mawdesley that fall inside the boundaries of Chorley Borough Council are actually within the South Ribble parliamentary constituency following changes made prior to the 2010 general election.

In addition the wards of Hesketh with Becconsall, North Meols (Banks), Rufford (including Holmeswood) and Tarleton (including Mere Brow and Sollom), are part of West Lancashire Council, but have been part of South Ribble constituency since 1997.

All of the above wards, together with the wards of South Ribble, are represented by Conservative MP Katherine Fletcher.

On the flipside, there are areas that fall within the South Ribble Borough boundaries that belong to Ribble Valley Conservative Association. These include; Coupe Green & Gregson Lane, Farington, Samlesbury & Walton, Lostock Hall and Bamber Bridge.

All of these areas are represented by Lancashire County Council, however. Although four of our County Councillors represent divisions that split across constituencies!

It's all a bit difficult to keep up with, but to see in detail, take a look here- https://www.ordnancesurvey.co.uk/election-maps/gb/