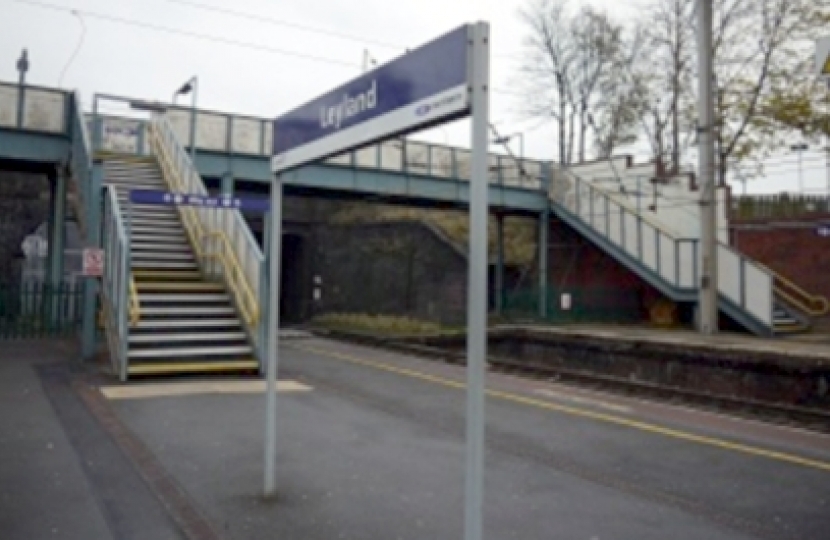 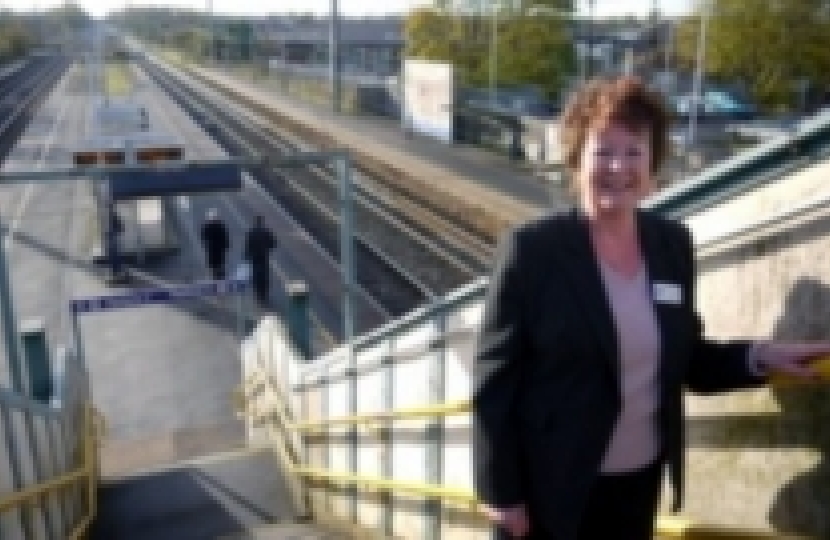 Plans to upgrade Leyland Railway Station have taken a significant step forward after funding to draw up designs for the project were approved.

Network Rail has secured Department for Transport (Dft) funding to take forward a scheme providing access to all station platforms for wheelchair users, people with prams and those with limited mobility. Design work will now start on a project featuring three lifts, associated staircases and a footbridge linking all the platforms.

This comes after plenty of hard work by Leader of the Conservative Administration Councillor Margaret Smith who has pushed to make the upgrade possible.

Revamping the station has been a priority for the South Ribble Conservatives for many years, now the community's calls to give the facility a 21st Century have take a leap forward.

Once this is completed, Network Rail will then apply for DfT funding for the full scheme. If the bid is successful, work could start towards the end of 2013 (or early 2014) and could take up to a year to complete.

Councillor Smith, Leader of South Ribble Borough Council and Councillor for New Longton & Hutton East, said: “The need to improve Leyland Railway Station has been a priority for us for a long time, so I’m pleased this latest project has cleared a major hurdle in the funding process.

"Clearly there’s still some way to go before the scheme finally gets the green light, and we will continue to press for further improvements.

“There have been some steps forward over the last couple of years, including the installation of new shelters and real-time information boards.

"We’re now on track to move forward with the access improvements and Network Rail can start drawing up the plans, which are vital to bring the station into the 21st Century.”

Gary Tordoff, Network Rail’s route enhancements manager, said: “With DfT funding now in place, we can start work on more detailed design plans for upgrading the station, to give passengers the standard of facilities that they have a right to expect.

"Once the design work is completed, we’ll then move forward to the next stage of the process and apply for funding to carry out all the improvements.”