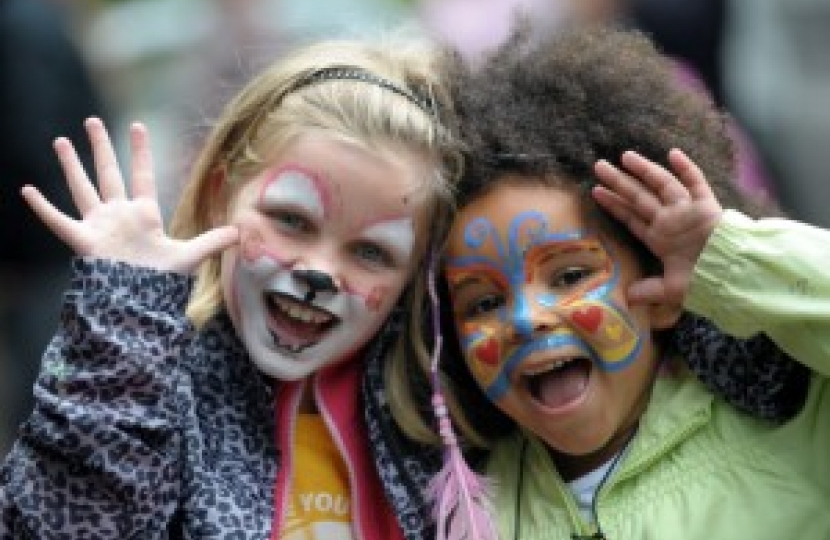 We are reforming our schools system so that every parent has the choice of a good local state school for their child, teachers have the powers they need to keep discipline in the classroom and the exams system is rigorous, respected and on a par with the world's best.

• A comprehensive programme to improve the quality of teaching, including scholarships to attract the best graduates, higher literacy and numeracy requirements for trainee teachers and a network of 'Teaching Schools' across the country.

• 79 Free Schools and more than 2,000 new Academies delivered by the Coalition already.

• We are restoring discipline to the classroom with new search powers for teachers, an end to the 'no-touch' rule, and higher fines for truancy.

Improving the quality of teaching

• We have introduced scholarships worth up to £20,000 to attract the very best graduates into teaching in core subjects.

• We have doubled the number of top graduates training to be teachers through Teach First.

• We have set up 'Teaching Schools' – outstanding schools that will lead the training and professional development of teachers and head teachers.

• We have set up School Direct which allows schools to train top graduates as teachers in the subjects and phases they need.

• We have made it quicker and easier for heads to get rid of bad teachers.

• All teacher trainees are now required to pass literacy and numeracy tests before they start training.

• We will treble the number of top graduates training to be teachers through Teach First by 2014/15.

• By the end of the Parliament, we expect that as many as 10,000 students a year could be trained by schools that are either offering School Direct places or are full providers of teacher training.

• We are looking at reforming teachers’ pay so that strong performance is better recognised and high quality graduates are attracted to the profession.

• We have allowed people to set up Free Schools thanks to legislation passed just months after we were elected.

• We will continue to invite groups to submit proposals for Free Schools – the next application round will open in December 2012.

Setting schools free by allowing them to become Academies

• We passed the Academies Act 2010 to allow any existing school to convert to an Academy with the approval of the Education Secretary.

• We have turned 298 failing schools into Academies and we have allowed a further 1,808 schools to convert to Academy status.

• Overall, we have so far opened more than 2,000 Academies, compared to only 203 Academies opened by Labour.

• We will convert more schools into Academies and we want Academy status to become the norm.

• We have given teachers new powers to search pupils without consent.

• We have given teachers the power to enforce same-day detentions by scrapping the 24-hour notice rule.

• We have abolished the "no touch" rule.

• We have increased fines on parents whose children play truant.

• We have removed the right of appeals panels to force schools to take back expelled pupils.

• We have given teachers anonymity until charge when faced with accusations by pupils to protect them from malicious allegations.

• We are examining whether we can automatically recover fines for truancy from parents through child benefit.

• We are looking at gradually lowering the threshold at which children are defined as ‘persistent truants’ to ensure schools take action at an earlier stage.

• We have restored marks for spelling, punctuation and grammar at GCSE.

• We have scrapped modules at GCSE.

• Our English Baccalaureate is already encouraging many more young people to study the core academic subjects.

• We have published plans to replace GCSEs with rigorous new English Baccalaureate Certificates.

• We have asked Ofqual and the exam boards to work with universities to develop new A-Levels.

• From September 2015, pupils will begin studying for our new English Baccalaureate Certificates – rigorous new exams to replace GCSEs. Modules will go and there will be much more emphasis on exams at the end of the two-year course.

• We will introduce single exam boards for English Baccalaureate Certificates to stop exam boards competing to offer the easiest tests.

• We will make sure the independent exams regulator Ofqual ensures English Baccalaureate Certificates match the standards of the world's best exams.

• From September 2014, pupils will begin studying for new A-Levels developed by Ofqual and the exam boards with universities.

Delivering a curriculum fit for the 21st Century

• We have set out our plans to ensure we have a National Curriculum fit for the 21st Century.

• Under our proposals, schools will have to teach children to: learn their 12 x 12 times tables by the age of 9, spell a set list of words by the end of primary school, and recite poetry or speak in a debate in class.

• We will introduce a new, more rigorous primary school curriculum in September 2014.

• We will make languages compulsory in primary school from September 2014.

Closing the gap between the rich and the poor

• We have introduced a Pupil Premium – money given to schools to pay for dedicated support for disadvantaged children.

• This year, the Pupil Premium is worth £619 for every child from a deprived background and every looked-after child. 1.8 million children are eligible.

• We have introduced summer schools to support disadvantaged children in the transition from primary to secondary school. 65,000 children benefited in 2012.

• In 2013-14, the Pupil Premium will increase to £900 for every child from a deprived background and every looked-after child.

• By the end of the Parliament, we will be investing £2.5 billion a year in the Pupil Premium.

• University Technical Colleges provide technical education to 14-19 year-olds that meets the needs of modern business and are sponsored by a local university and employers. Five UTCs are now open.

• We have approved 28 more UTCs to open from September 2013 and beyond.

• We have approved 16 more Studio Schools to open from September 2013 and beyond.

• We have set out a comprehensive plan to improve provision for children with Special Educational Needs. We set out our ideas in the SEN Green Paper and consulted widely on our proposals. We have announced that we will legislate for our proposals through the Children and Families Bill.

• From 2014, we will replace statements and multiple assessments with a single birth to 25 assessment process and a combined Education, Health and Care Plan.

• We will extend statutory protections for young people with SEN up to the age of 25 from 16 currently.

• We will give parents a new legal right to buy-in specialist SEN and disabled care for their children.

• We will require local authorities and other local services to communicate a clear 'local offer' for families, setting out what support is available and from whom.

• We will give parents whose children have an Education, Health and Care plan the legal right to seek a place at any state-funded school of their choice – whether a maintained school, an academy, a Free School or a special school.