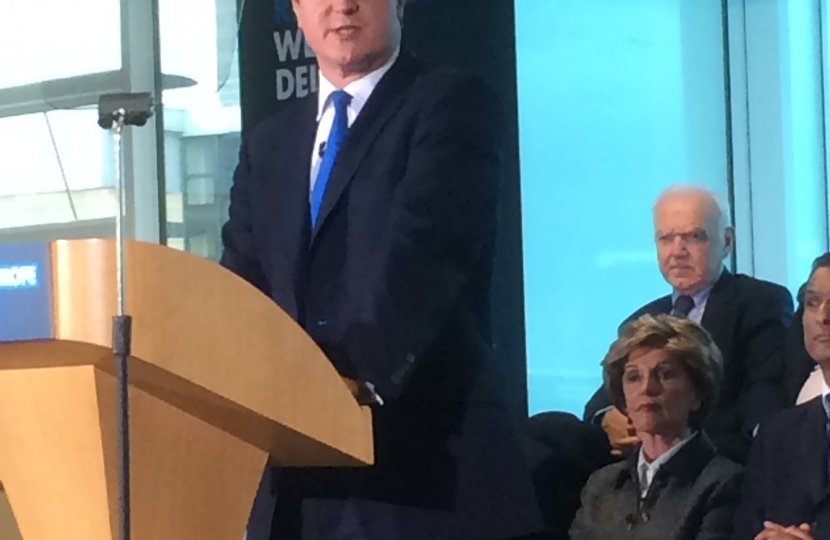 That's why the European Elections on May 22nd are so important. They're your chance to vote for real change in Europe.

As Prime Minister, I've stood up for Britain's interests - securing a cut in the EU budget to protect British taxpayers, and vetoing a new EU Fiscal Treaty that didn't guarantee a level playing field for British businesses.

But we need to go further. I will renegotiate our relationship with the EU, bringing power back to Britain and away from Brussels:

Then I'll give you the final decision on our membership of the EU with an in-out referendum by the end of 2017.

Labour and the Lib Dems won't stand up for Britain, while UKIP simply can't deliver on anything they promise.