The new Mayor of South Ribble has been officially installed 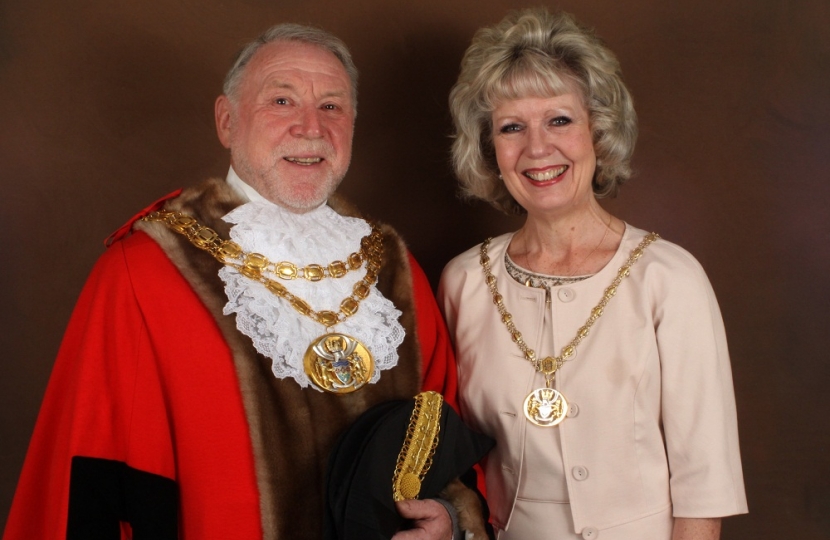 The new Mayor of South Ribble has been officially installed at a special meeting.

Councillor Graham Walton, who was first elected in 2007, has spent a year learning the ropes as deputy mayor under retiring first citizen, Councillor Dorothy Gardner.

The father-of-three, who represents Farington West, last night received the mayoral chains and robe in front of a packed audience at the Civic Centre.

The semi-retired roofer, who played for PNE as a lad, said: “It is a huge honour to be chosen as the new mayor for South Ribble.

“I have thoroughly enjoyed my year as deputy and meeting a whole host of people from different walks of life.

“That is the one thing that I am truly looking forward to this year – getting out and meeting different groups, organisations and residents from right across South Ribble and seeing the wonderful work that they do.”

Councillor Walton, who will be joined by his wife Karen as mayoress, has chosen St Catherine’s Hospice, the North West Air Ambulance and RNLI as his mayoral charities for 2014/15.

He added: “Never in my wildest dreams would I have thought that one day I would be chosen to be mayor and I just wish that my mother and father were still here to see it as they would have been extremely proud.

“Councillor Gardner will be a hard act to follow as mayor, but I will endeavour to be just as busy and help raise as much money as possible for the fantastic causes that I have chosen as my charities for this mayoral year.”

Councillor Mary Green, who has served on the council since 2007 and represents Moss Side, has been elected as the new deputy mayor with her husband Tony as consort.